Tennyson Street is getting another five floors of apartments.

“It’s a great location for renters that want to be near restaurants and shopping and bars,” he said. “After we put the property under contract, Natural Grocers came out with their story that they’re buying Elitch Lanes, and that’s going to be half a block from our front door.” 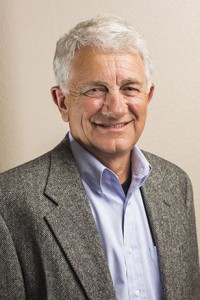 Allante Properties plans to close on the land in June or July, break ground near the end of August and finish the building in fall 2016. It’s the second nearby apartment project for Allante, which is currently leasing its Highland Place project less than a mile west of 39th and Tennyson.

Continuing with a trend Allante started with Highland Place’s 378-square-foot studios, Tennyson Place is going small. The project will be all studios and one-bedrooms with units as small as 350 square feet. The most spacious apartments will top out at about 770 square feet.

Rents will run from about $1,000 a month up to about $1,700, Schmidt said. At per-square-foot rates as high as about $2.85, he said, keeping the apartments small helps keep the monthly rate from scaring away potential tenants.

“Most of the activity in that marketplace right now is with the millennial generation, ages 20 to 34,” he said. “A typical tenant would be working nearby or in downtown Denver and wants accessibility to walkable amenities.”

Schmidt said he plans on raising $7 million from individual investors to pay for about 30 percent of the project costs. The capital raise is ongoing, and interested parties can pitch in with a minimum investment of $100,000. Allante Properties will finance the project with a loan from Community Banks of Colorado.

Oz Architecture designed the building. Tennyson Place will have two floors of parking. Common amenities include a club room and lounge, fitness center, mid-level decks and a 1,900-sqaure-foot rooftop patio. The former Elitch Lanes is being converted into a grocery store. Photo by Burl Rolett.

Tennyson Street’s long list of bars and restaurants may be rivaled only by the number of new residential buildings between 38th and 44th avenues. Riverpoint Partners is planning another five-story apartment building directly across the street from Tennyson Place.

Cured meat shop Il Porcellino is on its way into a former hardware shop at 4034 Tennyson St. Atomic Cowboy is moving in with restaurants Fat Sully’s Pizza and Denver Biscuit Co., and Natural Grocers is at work dismantling Elitch Lanes just days after the bowling alley closed for good.

“This is one of the few parcels on Tennyson that you can buy and build a building this large,” Schmidt said of the Allante site. “Being right on Tennyson will allow us to lease it up very quickly and compete with those that don’t have walkability as good as we have.”